“Is it possible to be concerned for truth, to seek the truth that responds to life’s deepest meaning? What is law without the conviction, born of age-old reflection and great wisdom, that each human being is sacred and inviolable? If society is to have a future, it must respect the truth of our human dignity and submit to that truth. 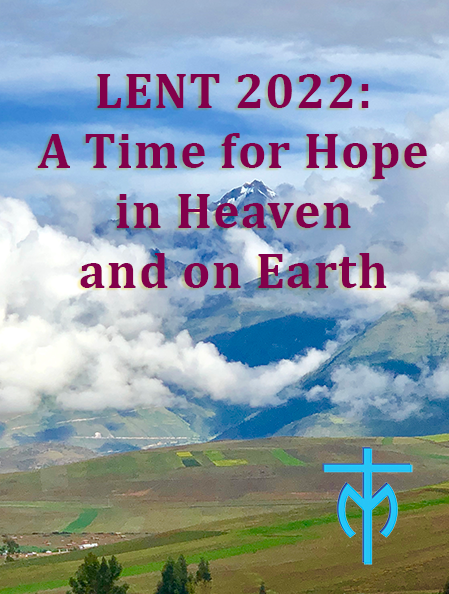 Murder is not wrong simply because it is socially unacceptable and punished by law, but because of a deeper conviction. This is a non-negotiable truth attained by the use of reason and accepted in conscience. A society is noble and decent not least for its support of the pursuit of truth and its adherence to the most basic of truths.”  (Fratelli Tutti #207)

We are approaching Holy Week and the rich, but tragic story of Our Lord’s passion. For me, one of the most striking lines from John’s Gospel (Jn 18:37) comes when a jesting Pilate exclaims: “What is truth?” With these three words, he dismisses the most basic truths of our existence, that we are created and sustained by a loving God, who calls us to live according to His Word, to THE TRUTH. Part of that truth is the admission that there is a sacred dignity to the human person, to all of creation, precisely because God thought so much of us to share with us this part of himself. These truths are not created by us, but rather discovered though attention to Revelation. Once discovered, they must become the guideposts of our lives.

As Pope Francis mentions in this article, “a society is noble and decent not least for its support of the pursuit of truth, and its adherence to the most basic of truths.” Conversely, it can be concluded that a society that loses sight of the truth, or even worse, loses a respect for the truth, or creates “alternative truths” is one that is ignoble and indecent. It is a society that has lost the special gift given to humanity by the Creator — the ability to see real truth revealed by that same creator, and to live as beneficiaries of that knowledge.

We do not have to look very far to see and experience the loss of respect for the truth. In fact, it is becoming ever more difficult to discern truth from misinformation, despite an exponential expansion of media outlets and means of communication. It shows that it is not a question of technology, but a question of respect and humility. Do we allow ourselves to be conformed to objective truth that we have not created? Do we allow ourselves to be free, but within the bounds of decency and exigencies greater than our own desires and conveniences? These are not questions that we are allowed to ask today, in our “free” society. But, if we do not ask them, are we not slaves to self-centered subjective narcissism?

Let us reflect this week about how we can resist the lure of today’s society toward self-referentiality. In fact, it is not bad to ask the question “What is truth?” as long as you really want to find out (and live by) the answer!